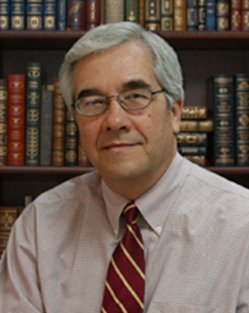 A New Bern leader in the medical community has retired from his practice.

Cardiologist David Oliver, a practitioner in the area for 42 years, was instrumental in founding the area’s first heart catheterization lab, and also one of the founders of Coastal Carolina Health Care (CCHC).

Oliver grew up in Pine Level, a town of 9,000 in Johnson County. From second grade up, he said, he had a sweetheart in Patricia Strickland. The couple married in 1970 and would have twin daughters, who are now pharmacists in Asheville and Raleigh.

After his medical training, the Olivers decided they wanted to live along the coast and he quickly thought of New Bern. “I hunted and fished down here as a kid,” he said. “On the water is where I wanted to live.” He signed on with New Bern Internal Medicine as one of the first cardiologists to come to the city and began seeing patients.

In 1978, he said, heart attacks were not really well understood. “We did not know that the cause of a heart attack were clots that formed in the coronary arteries. When I came you put them in bed rest, you put them on morphine, gave them oxygen and meds to reduce chances of heart fibrillating. We didn’t know aspirin worked; we didn’t know Heparin worked.

“We could diagnose, we could help,′ he said, “But we couldn’t do anything to prevent people from dying. The people that survived, survived.” After two weeks in the hospital, patients went home.

But as time went on, advances in technology allowed doctors to learn the cause behind heart attacks, and Oliver became more active in preventive and rehabilitative treatment. With doctors Henry Miller and Paul Rubasol, he started a program that, he said, “saved people and got them back to work. You would take people who had survived. They would meet at the gym and someone like me would be there with a defibrillator.” As a result, patients not only improved their health, they built confidence. “It was a psychological benefit as much as it was physical. People found they could go on with their life.”

The use of aspirin and Heparin, added to “clot buster” drugs so improved patients’ chances of survival that, in 1987, Oliver and his coworkers decided it was time to bring in a heart cath lab. This began Oliver’s second phase that he describes as being 1988-98. “We brought in cardiac catheterization and coronary angiography so we could secure a cardiac surgical program,” he said.

Once a cardiac surgical program was introduced in 1993, Oliver said, “I sort of faded and began the development of CCHC.”

Oliver said that, in the early ’90s, the country started moving toward managed care. “It was a time when insurance companies and third-party players could play medical groups against each other. There was no one big enough” to fight them.

“If primary groups were going to survive, they would have to do so as a larger entity,” he said. “CCHC formed as a way to help physicians in New Bern. We took four or five primary care groups and brought them under the umbrella of CCHC, with a single business director and board of directors.

“It’s a way for physicians to come together for group purchasing of supplies and negotiation of contracts with insurance companies,” he added. “It was a way for us to be more nimble.”

Oliver has been recognized by his associates for his work in New Bern. CCHC CEO Stephen Nuckolls described him as “one of the most charismatic and effective leaders I have known. His vision and leadership were instrumental in helping our organization achieve the success we enjoy today.”

“There will never be another David Oliver,” Taskeen Midgette, practice manager at CCHC Heart and Vascular said. “I have never met anyone in my life that can light up a room with his presence, bring comfort and reassurance in a difficult situation, and put you at ease despite the diagnosis or prognosis.”

Dr. Kenneth Wilkins Jr., chief medical officer of Coastal Carolina Health Care, noted, “His partners will miss him and his eagerness to help them better manage their patients, but his patients will miss him the most. He is one of a kind and cannot be replaced.”

While Oliver is no longer seeing patients, he is still supervising nurse practitioners and performing administrative duties.

Along with taking more time to be with his family and to hunt and fish, Oliver said he has decided to do work with hospice care. “Over the last few years of my practice,” he said, “it has become ever more apparent to me that we as a society must concentrate more effort on facilities and services to help patients and families cope with end of life issues.”

Signup to receive our newsletter